Aransas Savas, CPC, ELI-MP is a Wellbeing and Leadership Coach and creator of LiveUp, and is certified by the Institute for Professional Excellence in Coaching. Aransas has spent two decades as a Coach and experience designer, working with leading behavior change scientists to help thousands of people make lasting life changes. With LiveUp, she has created a uniquely holistic and proven approach to coaching to help people break through barriers and design their best lives. The best and biggest ways I know to stop the habit of future tripping are:

1. Acknowledge that you're trippin'. Get into your logical brain and name it for what it is. “Oh, heeeeey, future tripper! Welcome to the party! We’ve met before!”

2. Take a deep breath and tune into what’s factually happening in the present moment. Ask yourself, “What are the sounds I am hearing? What are the sights I’m seeing? What smells am I smelling? What am I feeling?”

3. Worrying about the future is a deep hole, but considering the possibilities of the future is an elevator! If you find yourself asking “What if I fail?” or “What if things don’t work out?” try substituting it with some version of the powerful questions I learned from my brave and brilliant friend Lina Balcom. “What if I succeed?” or “What if it does work out?” This simple mind shift can change everything. 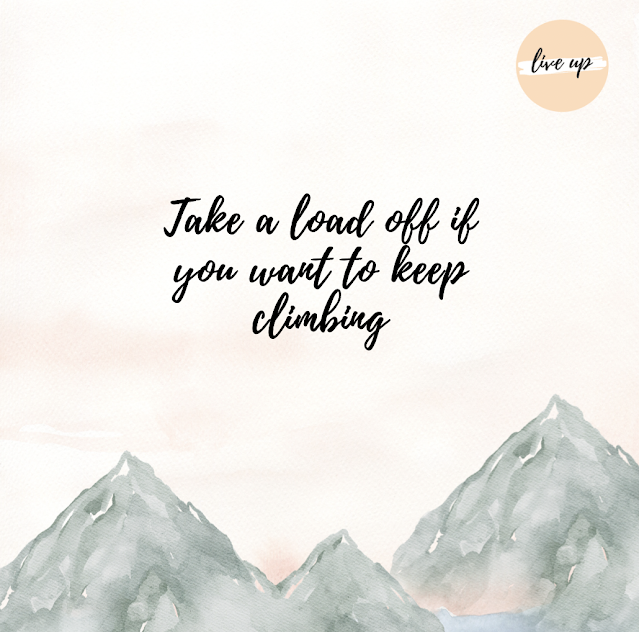 Somewhere along the line most of us were fed an idea that progress was a straight line. It’s tempting to read the bumps and pauses in our progress as signals that this isn’t the right time/we aren’t the right people/we can’t make it to where we’re going. But, friends, progress is a wavy line and those bumps and pauses are where you build the strength and knowledge to succeed in that new place you’re going.

Nobody has summited Mt Everest in a straight shot. Instead, seasoned climbers rely on base camps, where they learn to breathe at new altitudes before they forge ahead. Sometimes they climb back down in order to make it to the next summit.

And yet, so often, we look at our own efforts as failures when we slip back into old patterns, or feel the call for a little ease and rest on familiar ground. But, here’s the thing, friends, we need rest as much as we need effort, and when we are learning to breathe at a new altitude, our bodies and minds need time and space to get used to our new ways of being.

So, whatever hill you’re climbing right now, here’s your friendly reminder to take a load off when you need to. It’s a signal that you have the courage to keep going. 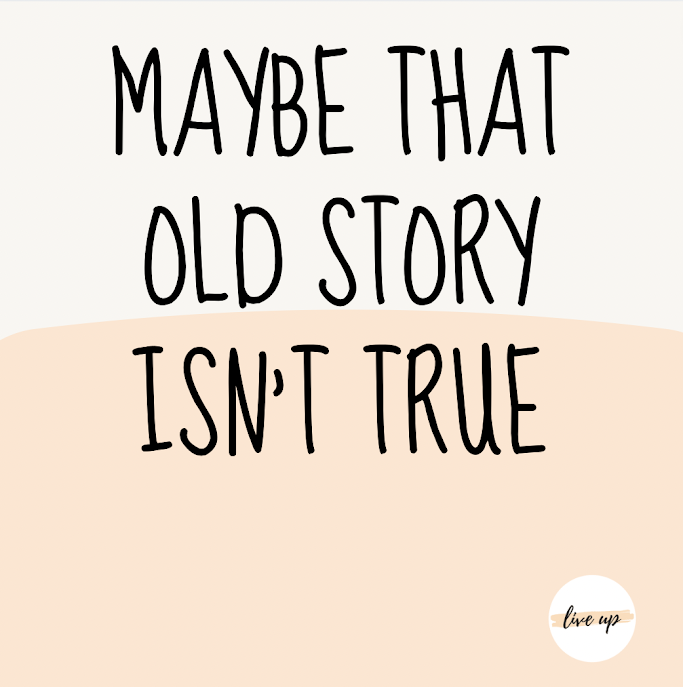 Question the 'Back of your Mind' Voice

I recently went to see a performance of one of Shakespeare’s plays. The show was magical, but I have to confess that I find it hard to stomach how easily his characters get duped by obvious ruses. My husband put it into perspective for me though, in a way I’d never considered: “Shakespeare’s plots make sense if you just accept that his characters never question anything.” In fact, we all fall prey to obvious truths staring us right in the dang face unquestioned, sometimes for decades! A huge part of my role as a Coach is to call out lies masquerading as truths, question them, and help clients evaluate if they are indeed their truths, or just hangovers from old plot lines, so that they can take back leadership in their personal stories.

Next time you’re flirting with the idea of trying something new and you hear the little voice in the back of your head that says, “Wait! People might not think you're good enough/smart enough/strong enough/worthy enough,” here’s something you might want to try.

Ask yourself whose voice that message is coming through as? Is it some random dude you worked with a lifetime ago? Your mom? Your childhood music teacher?

Take a deep breath and ask yourself if they really get to be the boss of you and your choices.

If the answer is no, ask yourself what new belief you’d like to adopt. And then tattoo it on your forehead (or you could write it on a post-it if you want to test it out first), so you’ll remember it, because those random old voices are as good at popping in at inconvenient times as those pesky jesters are in Shakespeare’s plays.

Get more of Aransas Savas at www.LiveUpDaily.com

← Back to VENTED UPLIFT